Bank Al-Maghrib Museum was inaugurated in June 19, 2002 by His majesty King Mohammed VI. It houses a unique collection of coins and banknotes, the original core of which was acquired in 1947. 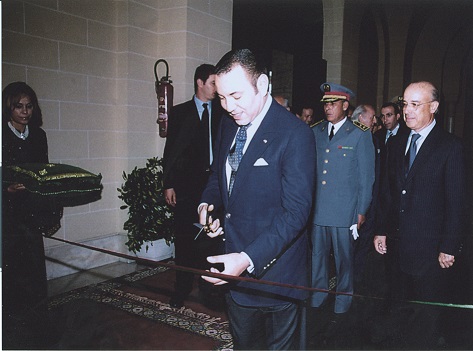 In 2009, on the occasion of the fiftieth anniversary of Bank Al -Maghrib, a new scenographic project was born. This new area, which was built according to the most modern museum techniques, extends over almost 2,000 m², and invites visitors to share not only the history of an institution’s heritage, but also the one of a people and a country.

This timeless space is organized into three areas:

By continuing your visit to this site , you accept the use of cookies . For more information, Click here

For an optimal viewing of this website's pages, we recommend using the newest versions of the browsers: